Frank from Blue Velvet & Message From The Ravens

Frank from Blue Velvet & Message From The Ravens 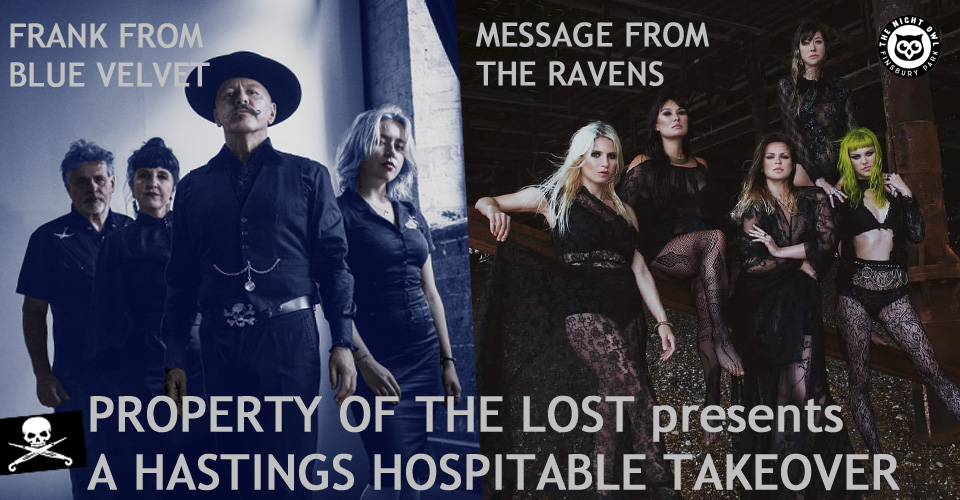 One of three events in the capital during November from Hastings record label Property Of The Lost… To promote their debut album, the agit country collective Frank From Blue Velvet (“If David Lynch did punk rock Americana” VLR mag) have invited fellow coastal dwellers Message From The Ravens to this “hospitable takeover” at The Night Owl, Friday 11th November.
Frank From Blue Velvet bring all the attitude and humour of Johnny Cash fronting a post punk garage band with Message From The Ravens offering sea shanties to Southern gothic ballads and haunting indie folk. It’s the night when the devils and the angels come out to play.. and it’s gonna be one heck of a party.
Paul and Stewart ‘Tidy’ Summers from Daemonik Fonce on the decks too.
£5 advance
+ Add to Google Calendar+ Add to iCalendar