After the success at The Night Owl Birmingham, this year we’re bringing Owlstock to Finsbury Park, with all events being livestreamed directly from both venues! 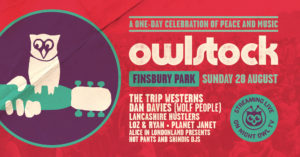 Inspired by the iconic Woodstock Festival, Owlstock is a one-day celebration of peace, love and music.
We’ve got a great line-up for you including local bands and some of our favourites from the past year! See below for the full details…

Headlining Owlstock this year are the Trip Westerns, a Brighton-based four piece taking influence from roots rock, blues and the blustering psych bands of the 60s
Get your cowboy hats out and prepare for some catchy riffs, rockabilly, psych and soul! 🤠 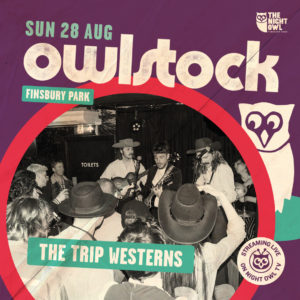 Next up we have Dan Davies. Known for his work as the bassist for acid-rock band Wolf People, Dan will be bringing an acoustic set full of folk, psych and blues. 🎶 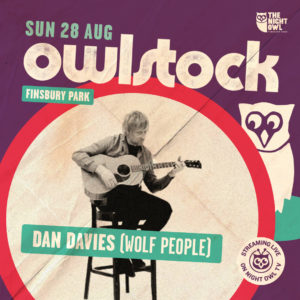 Then we have the Lancashire Hustlers, who you may have seen play live a few months ago at Shindig!’s monthly Happening! night. Combining late ’60s and early ’70s mellow vibes their influences coalesce around a beguiling mixture of folk, blues and jazz topped off with a sprinkling of psych and prog. 🎸

After that, Loz & Ryan from Rhino & The Ranters will be performing the best blues, country, rock + folk along with a few crowd-pleasing covers! 🎵 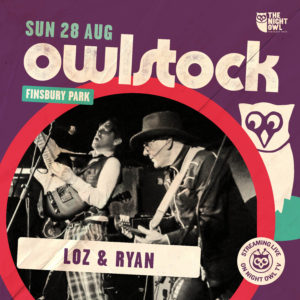 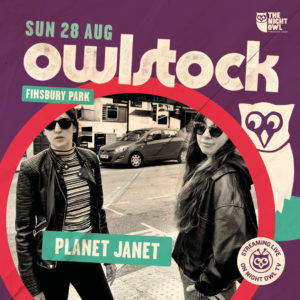 That’s it for live music, but we also have some amazing DJs playing til late, including…

Hot Pants – After an amazing night full of Sexy Rock’ n Roll Swag in July, we had to bring the Hot Pants DJs back for another set. 🔥 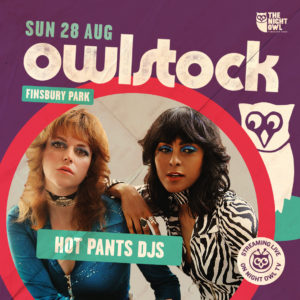 Shindig! – Every first Friday in Finsbury Park Shindig! Magazine hosts Happening!, with amazing upcoming bands and DJ sets every month. And so it wouldn’t be a celebration of music in Finsbury Park without them! 🕺 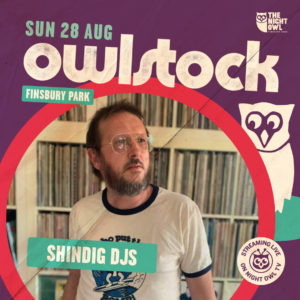 And don’t forget, The Night Owl Birmingham’s shows will also be livestreamed to Finsbury Park, so you won’t miss a second of the Owlstock action at The Night Owl this year.

Early-bird tickets are selling quickly, book them now while you still can! Tickets are available here 👉 bit.ly/owlstock2022